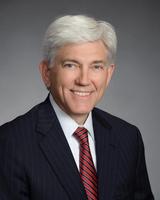 Email
Mr. Ward is a partner with the firm.Mr. Ward is a Colorado native and attended the University of Southern Colorado earning a Bachelor’s of Science in 1979.Mr. Ward attended the University of the Pacific, McGeorge School of Law where he earned his Juris Doctorate, and was admitted to the California State Bar in 1985 and is also admitted to practice before the U.S. District Court for the Eastern District of California.

Mr. Ward is a member of the State Bar of California, the Sacramento County Bar Association, the Association of Defense Counsel of Northern California, and the American Association of Justice.  He is a member of and serves as general counsel to the National Truck and Heavy Equipment Claims Counsel.  Mr. Ward was a member of the Anthony M. Kennedy Inn of Court from 1989 through 1991 and was awarded the June Black Pro Bono award in 2004 from Voluntary Legal Services of Northern California.  Mr. Ward also serves as Pro Tem Settlement Conference Judge for Sacramento County.